Knowing how to break a candle spell can be useful if you believe candle magic is being used against you. By understanding how to work your own spells effectively, you can mitigate the effects of cruelly intentioned magic.

How to Break a Candle Spell

There are two principle ways to break a hex or curse that has been cast upon you. The first is simply to remove the magic and stop its effects on you, and the second is to reverse the spell and turn its effects back on the individual who initially cast it.

Warning About Casting a Reversal Spells

If you want to be peaceable in the magic you practice, it is best to just break the spell rather than inflict its effects on the person who cast it against you. Reversal spells can go awry depending on how the initial spell was cast, and they can be trickier to perform. This is especially true if you aren't sure if a curse or hex has been cast upon you.

Different Types of Spell and How to Break Them

There are several ways to break spells. A black candle is used to reverse spells since the negative energy is absorbed by the candle and neutralizes it. In some instances, you can use a white candle or both a black and white candle.

White Candle Spell to Break a Spell You Cast

If you cast a spell that you no longer wish for it to remain or your desires have changed, you can use a white candle to break its power. This spell calls upon the power of crystals or charms for an extra boost.

Black Candle Spell to Remove a Hex or Curse

If you suspect someone has cast a spell on you, this candle spell will break it. Make sure you place yourself in a protective circle before casting this spell. 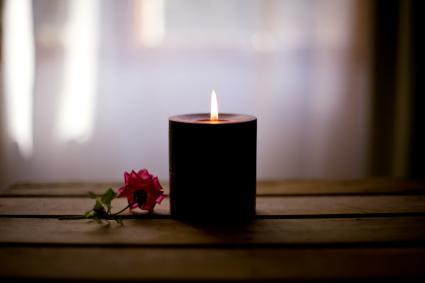 There are several spells you can use to remove a curse. This one used both a black candle and a white candle when you need extra energy.

If you sense someone has cast a spell on you, it's time to cast a spell breaker candle magic spell. Salt breaks up negative energy. It can also create a circle of protection so negative forces are held at bay. For this spell breaker, you'll need sea salt and a white taper candle.

You may not be aware of someone casting a spell on you, so you can cast a protection candle spell often referred to as a shield spell. This is basically a one-size-fits-all spell that will protect you from anyone who attempts to bend their will over you or any other spell cast against you. The waning moon is the ideal time to cast a spell for something you wish to exit your life. Cast this spell when the moon is waning and just before the new moon. 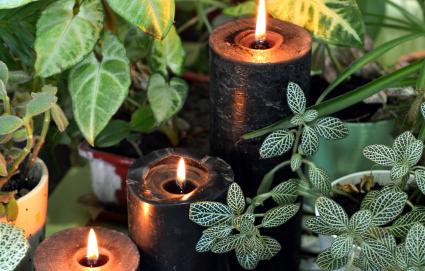 Tips on How to Break a Candle Spell

When you attempt to break a spell, it's important to remember that candle magic is a state of mind. Your thoughts can affect how any other spell influences you.

Importance of Breaking a Candle Spell

An energized candle spell is the best way to break a spell. The candle energy you use to cast your spell will be more powerful than the energy originally used to cast the spell against you when you focus on your intent and clear your mind of all negative thoughts.